skip to main | skip to sidebar

The global conflict between the West and Islamism is being shaped by ideas—big, lofty ideas and fervent religious beliefs. Ultimately, though, like every war of ideas that has come before it, the struggle is one fought by people. To understand the nature of this conflict, we must look to the inside stories of the people on the front lines of the battle.

People like Ayaan Hirsi Ali. One of the most outspoken and controversial critics of Islam, her story is well known. She made headlines for years as a Dutch parliamentarian with African roots, a Muslim upbringing, and a message of contempt for a religion that she believes to be fundamentally at odds with the values of a radical enlightenment. Born and raised in a religious tradition which, in her view, came into its own with the attacks of 9/11, the 37yearold global nomad forged experiences in countries like Kenya, Saudi Arabia, and Somalia into a political agenda that earned her a steady flow of death threats, even in a political environment as pluralistic as multicultural Netherlands.

But how did this daughter of Somalia bridge the thousand years of distance between the Iron Age into which she was born and the thoroughly modern existence that landed her at Time magazine’s annual dinner as one of the 100 most influential people of 2005?

In my humble opinion it is nothing less than a great pitty that Ms. Hirsi Ali was in the end forced to take refuge in the USA (just like Stalin's Daughter, Hitlers kin, the younger Khrushchef, Fidels sister, many of Bin Laden's brothers, the Salman Rushdies and countless others).

This for the simple reason that the US-government, as well as it's Think Tanks and it's Academia are already heavily studded with many eminently competent en painstakingly objectieve Islamic scholars, whilst most European Islamists are clearly the opposite thereof, and often clearly in the pockets of petrodollars wielding Middel Easteners, and heavily commited to farfetched leftist ideologies.

Ms. Hirsi Ali would, I feel, have been much more effective to continue preaching to European ignorants than to the already convinced across the pond, by staying in Europe. Then again ... no European government or instititution could or would guarantee her safety nor that of their own citizens ... even in their own territories, least of which the Dutch ...

Therefore I think Ms. Ali should have made a big stink about the latter and their political conduct ... In particular as many of her intended audience are much more aware of what Islam is all about but less in regards to truly treacherous European attitudes.

The "Dutch Tornado" is everything but ... 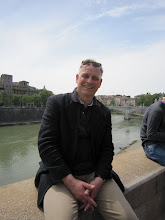